Thorn has been on Embassy guard duty for a year now, and it's going great. His team of knights has expanded! Their magical-girl-in-training is about to level up! He has a boyfriend, sort of! He's won free tickets to the opera! What could go wrong?

. . . except for backstage smugglers, rival secret agents, a magical boy suppressing his powers, a time traveler who almost blows her cover, a knight who calls in sick because he's growing wings, and, oh yes, somebody let a giant monster plant loose in the pipes. 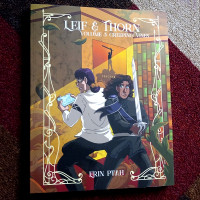 Third collection of the magical cross-cultural fantasy comedy.Thorn has been on Embassy guard duty.. 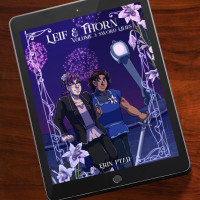 Digital second collection of the magical cross-cultural fantasy comedy. In a hotbed of culture cla..